Today I finished my 70s Boudoir Dress. I decided to name the dress after the fabric which it’s made of.

I was really glad with how the dress turned out and was eager to take pictures of it. When I finished the dress this morning I tried it on and then the worst thing happened (well in a sewing kind of way), when I was closing the zipper, it broke! After all that work, my zipper broke 🙁 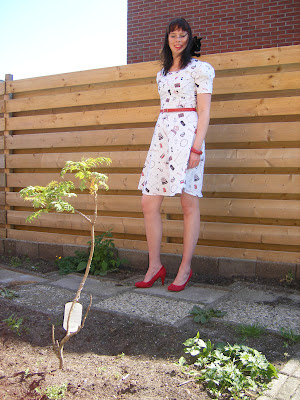 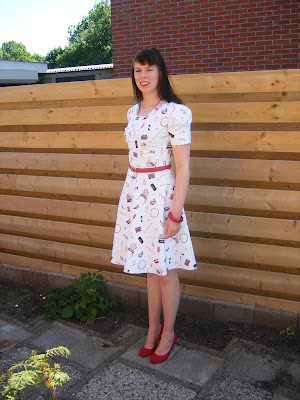 I was so frustrated, I was ready to take pictures and now I didn’t have a finished dress. When I took off my dress, I made the zipper, after some tinkering, kind of work again. Luckily I could take the pictures after all. But I need to replace the zipper for sure, it’s not running smoothly anymore. 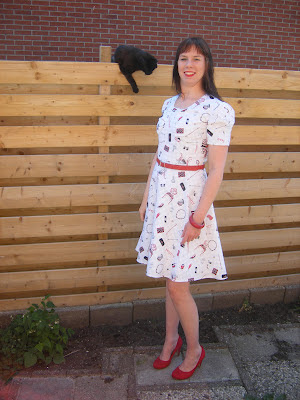 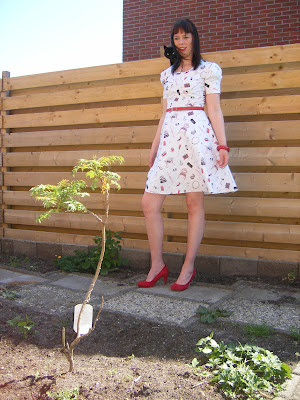 After putting the dress on again it was time to take pictures. I started taking them inside, but the light was so bad, none of the picture came out pretty good. We moved outside, there was a lot of wind so I worried about the pictures again. But one of my cats came along and made my dat. She really wanted to be in the pictures. She distracted me a lot, but she also cheered me up! 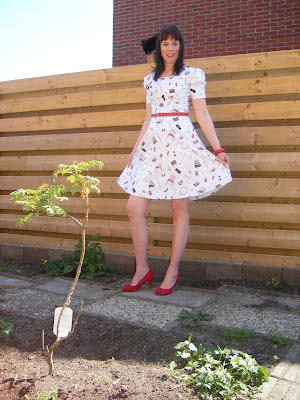 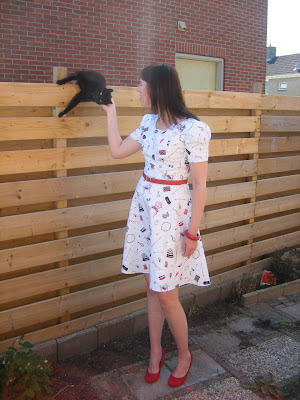 Ok, what about the dress? I used a 70s pattern, but I think it has a 40s feel. I already made a wearable muslin so I was easy to make. The dress is fully lined with a white cotton fabric. The dress has a broken blind zipper. Instead of serging the seams I choose to turn the edges of the seams and stitching it.

When you’re sewing something, things might go wrong. When it happens during the sewing proces, I don’t like it, but I can live with it and often  learn from the mistakes I make. But really, when you just have finished your dress, you don’t won’t things get broken. Please tell me, what was your sewing disaster? What made you get so frustrated that you would like to throw your project away?