Hi everyone! This is my first Sew Retro post. I am a fairly beginner sewer, I have been sewing for about 6 months now. I sew clothes for me and occasionally friends (though they have to be very patient as it takes me a long time to finish things!). I have a blog over at http://monkeysockslearnstosew.blogspot.com/.

Sew Retro was one of the first blogs I found when I started looking, and I was so inspired I immediately went and bought loads of vintage patterns off ebay, even though I was pretty much incapable of sewing them at the time! I can safely say that I have never had much difficulty sewing them, even the unprinted ones, the main problem is generally my need to alter them all to fit me. sigh.

After a couple of variable results, I finally got round to sewing the sort of dress that I wanted to learn how to sew in order to make-a 60s super fitted shift dress. I was inspired by the weekly challenge on Sew Weekly, to base something on a television character, and, as it was suddenly very summery, I went for a flowery sundress inspired by Sookie on Trueblood.

I used Butterick 2434, which is a fitted jumper (not sure what exact year) and made view c. 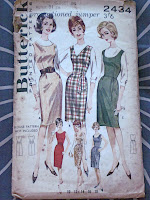 I had to alter it a bit with a slightly bodged FBA (eventually just fiddling about with my dressform) but overall it came out quite like the picture and worked very well.

Here is me posing in a graveyard for full vampire effect (except that it was a very sunny and cheerful graveyard!). I think its one of my favourite things I have ever made! More details on my blog. 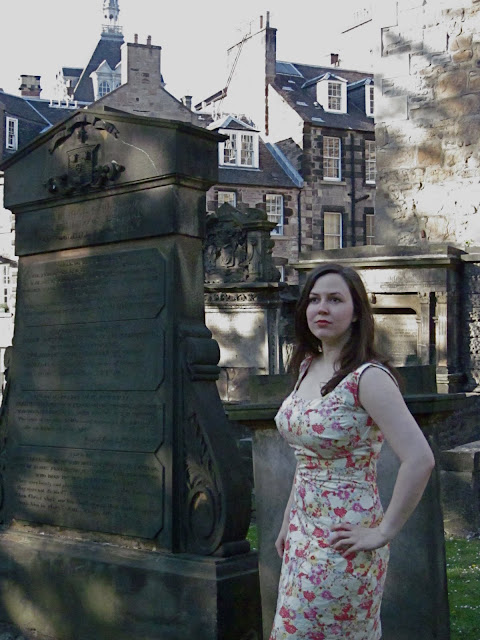