For my second entry for the Great Outdoors challenge I made a red wool version of Simplicity 4366. 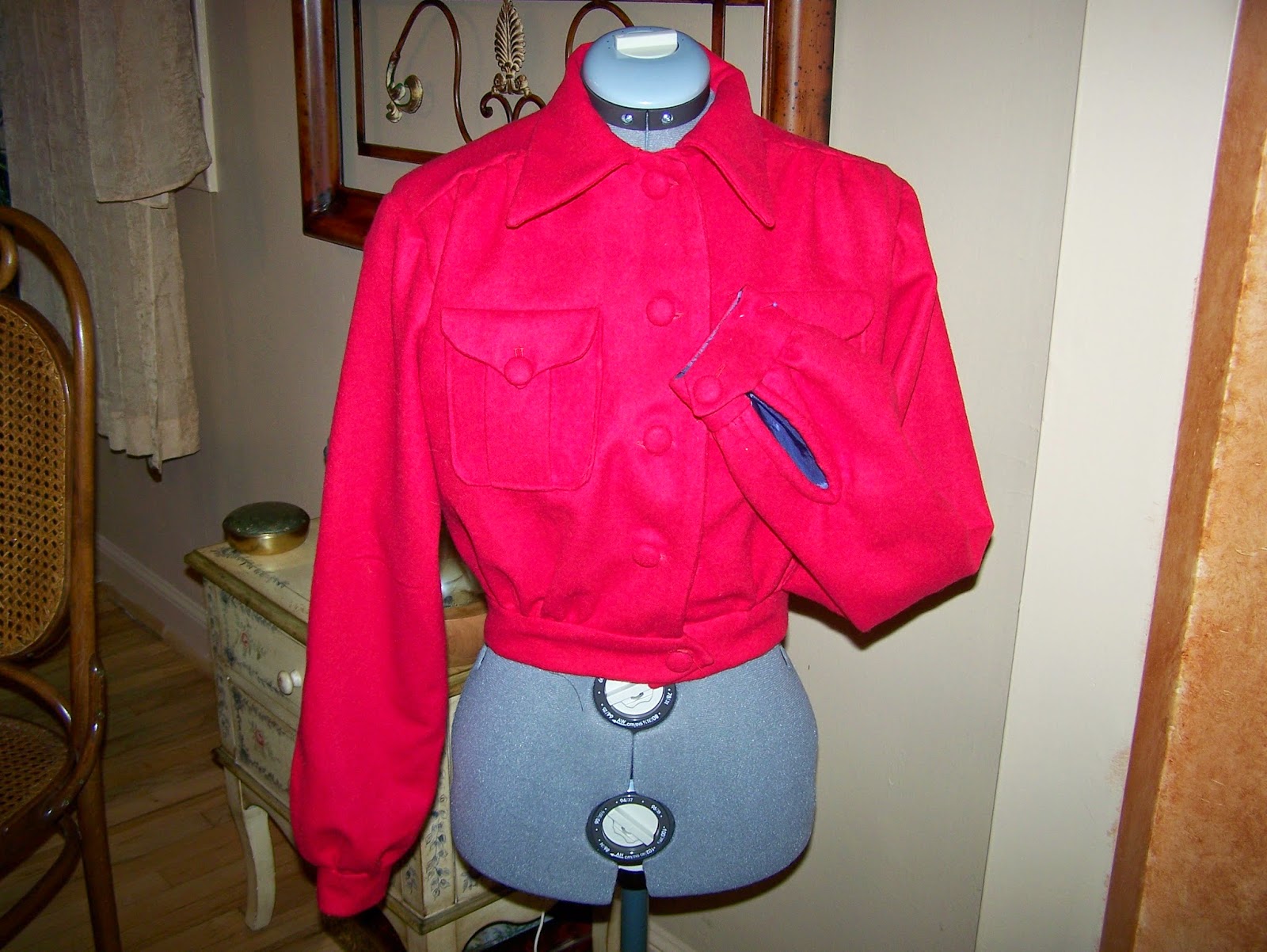 I love Ike jackets and I wanted one of my own for a while but then I found the red wool and decided that I would pay homage to the Ike jacket but make it my own. I have to give credit to Tasha from By Gum By Golly for starting the sewing bug for the jacket. Tahsa made a great 1940’s jacket for Rochelle’s Sew for Victory last year (2013) in a wonderful green fabric. From the moment I saw the jacket I knew I had to make one and here it is. The shoulders are gathered into a yoke and the waist of the jacket is gathered into a waistband. The sleeves are gathered at the wrist and finished with a cuff that buttons. The buttons are self covered and the red wool cooperated in waves that Murphy’s buttons couldn’t dream of doing. Oh and I swear the fabric is red the camera appears to have made it a bit pink. 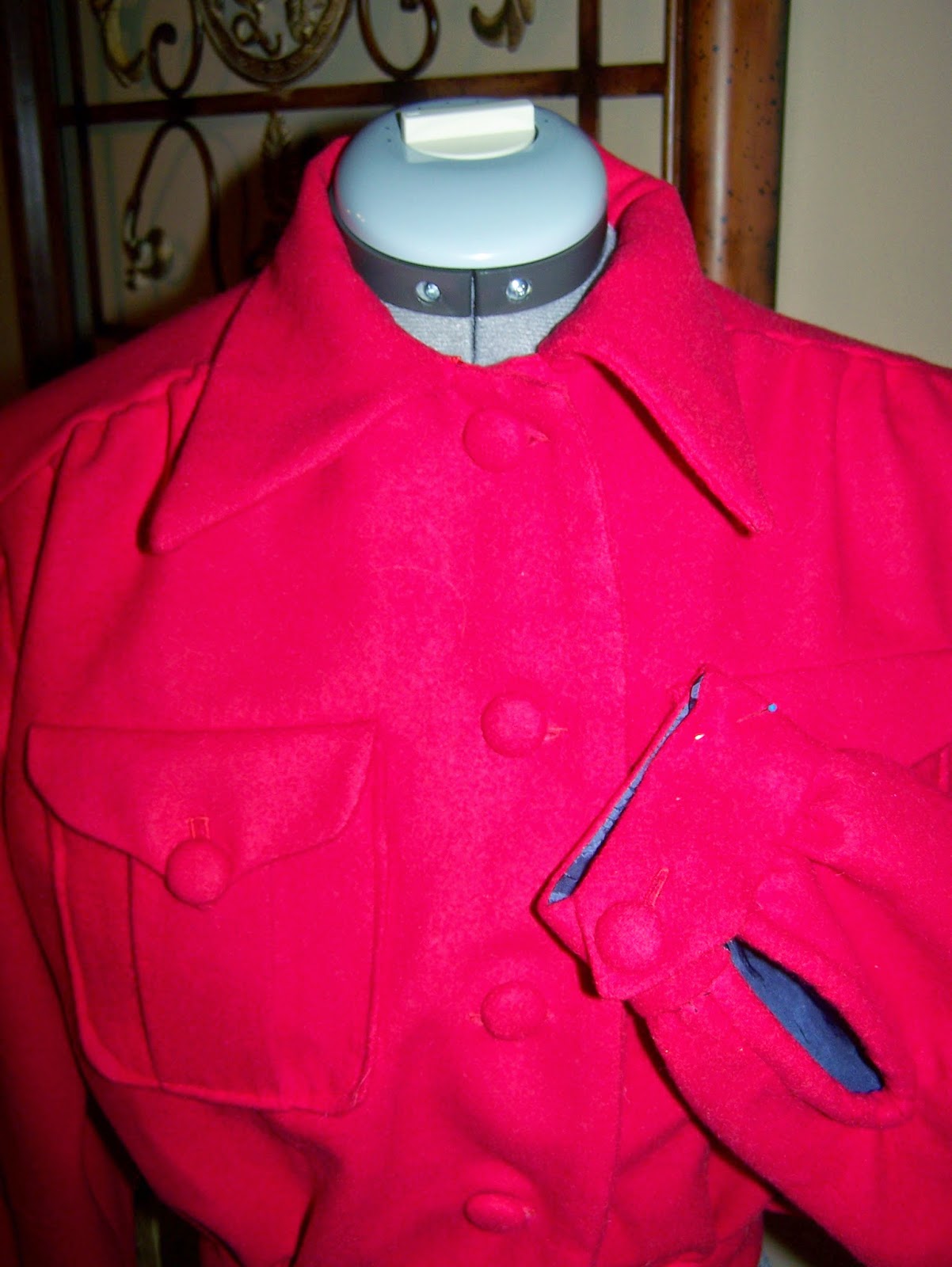 The pattern called for self made shoulder pads but instead of stuffing them I used two layers of crinoline. The crinoline made the jackets shoulders keep their shape but don’t make me look like a linebacker (which I appreciate). The Jacket is also fully lined; the pattern didn’t call for it but I knew I wanted it lined because of the wool. I had to adjust the facing piece because of the change but that was a quick fix. For all of the buttonholes I used my grandmothers Singer 9134 which is cranky but works most of the time. I added the pockets to the front, they’re from Colette Pattern’s blog Coletterie and can be found here. For attaching the pockets I had to wing it since I don’t have the original Colette pattern the pockets actually go to.
The Scoop:

Fabric: Red Tango Wool and Medieval Blue Lining
Pattern: Simplicity 4366
Year: 1940’s if anyone knows the specific date I would be grateful
Notions: 9 self covered buttons
First worn?: Only around the house, it’s not cool enough outside to wear wool
Make again?: Yes but the peplum version in green corduroy with flannel lining
Total cost: Pattern $12 but I’ll say $6 because there’s a skirt pattern with the jacket, Wool Fabric $19.24, Lining $9.98, Self Covered Button Kit $5.99 so total $41.21
8 Comments