Ooh my it’s been awhile since I’ve posted an actual project!

This item is a reproduction of Biba’s Pink Gingham dress

So as an introduction for some of you who may not have come across it before, this humble garment was one of the first dresses sold by Barbara Hulanicki in her new role as designer for her brand, Biba in 1963

The dress was featured in The Daily Mirror in a piece on four career girls. Editor Felicity Green had requested Barbara to design an item for the feature and off the top of her head, Barbara suggested a pink gingham dress with a hole in the back and a matching Brigitte Bardot style kerchief to be sold for 25 shillings.

The dress was so successful that they sold over 17,000 units and the 400 yards of fabric they thought would be enough for the manufacture the dress, wasn’t and they resorted to petitioning all the gingham manufacturers in England for supply and ended up needing 25,000 yards! 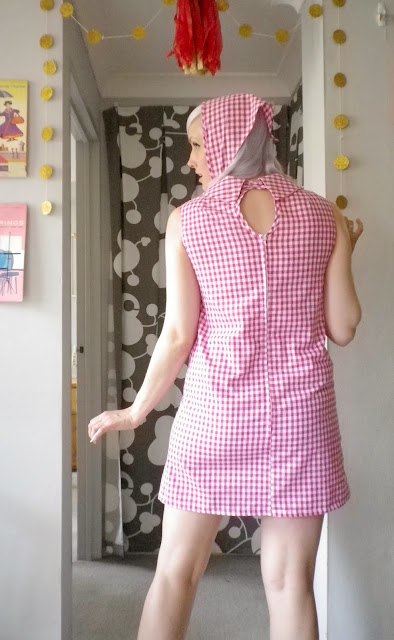 To most Biba aficionados, finding this dress would be akin to finding the holy grail.
It’s simplicity would be passed up by any untrained eye, but one day, one might appear and the new owner would be holding onto a priceless piece of 60’s fashion! 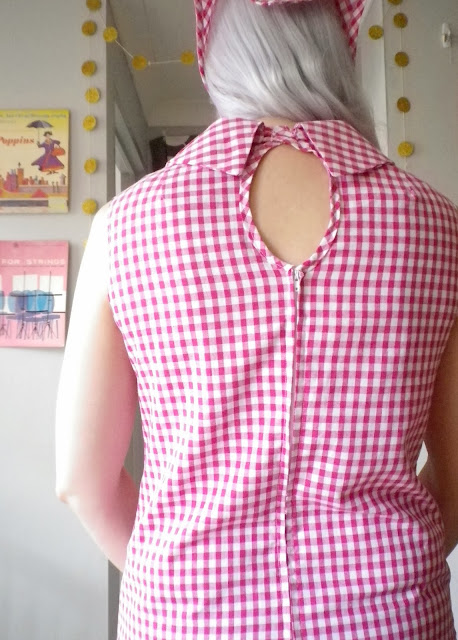 My reproduction has a few changes, but otherwise it’s the same silhouette, fabric and style
The main features of this dress are the key hole back, rolled collar and of course the fabric itself.
The only changes I made were omitting the back darts (not a fan) and I brought the hem up to a modern length. This dress was designed in 1963! Dresses above the knee were still scandalous!
I used Butterick 4712 for the pattern as it had a collar piece in the pattern.
Making the hole in the back was as simple as cutting an even hole in the back. I just took a wild guess and snipped away! 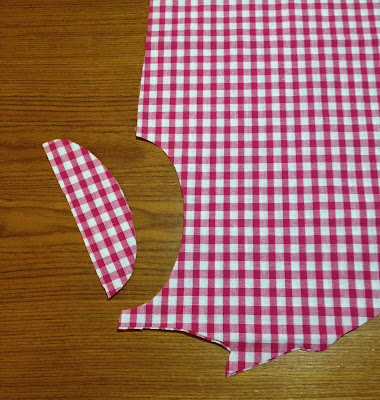 I made bias to finish the raw edges of the hole, before noticing it should have been faced, but I’m willing to let that slide if you do…And of course I made the kerchief, though it might stay in the draw more that it’s worn. 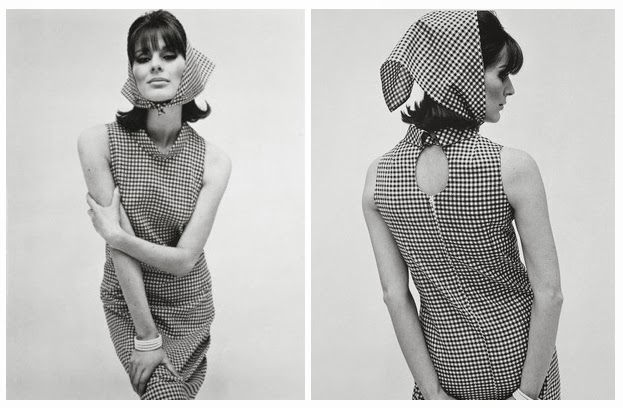 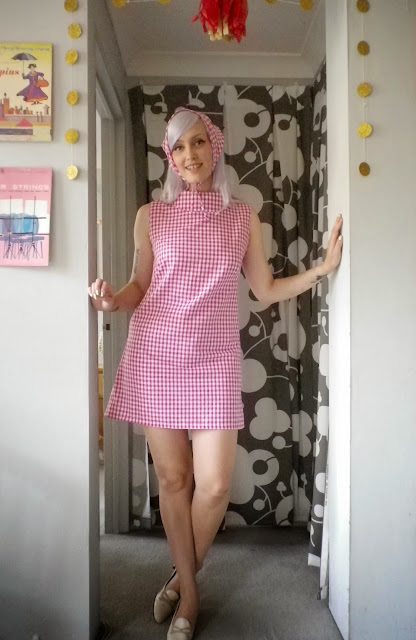 I really enjoyed making this, and it was fun to study the details of the dress and figure out how to replicate them. I hope I’ve done a faithful enough job, and who knows there are many more iconic items out there waiting to be brought back to life!
Cat xo
60's biba dress Reproduction
9 Comments