I have been reading the Foale and Tuffin biography recently and as an insight to the name of this dress, I have named it after Sally Tuffin. Dress designer of the pair of “two cocky, feisty bolshy, arty, clever-clogs young women”

For those of you who might not be familiar with them, Marion Foale and Sally Tuffin met at the Royal College of arts in 1955 and eventually went on to design wholesale together for various retail stores including Woollands 21 shop, before opening their own store. They were featured early in their careers in Vogue in 1962 and travelled with Mary Quant and few other British designers to America for the ‘Youth quake’ tour in 1965. They made clothes worn by Cathy McGowan, Modelled by Jenny Boyd and with Mary Quant and Barbara Hulanicki, form my own version of the “holy trinity”

The pattern of this dress is the Burda Mondrian Dress. The dress pattern is very interesting – a creative version of a drop-waist dress, with a nod to 1965. The Burda version is colour-blocked with a different colour for each piece. 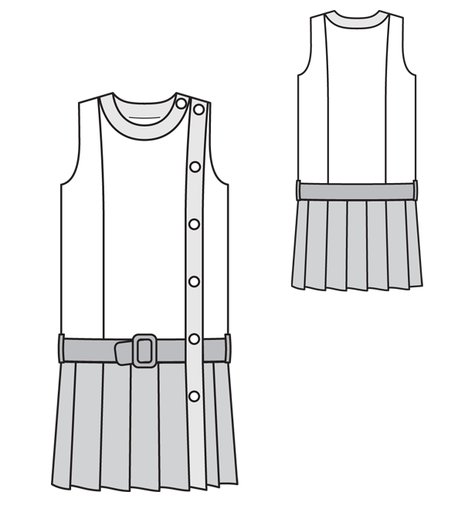 As shown in the illustration, this dress is supposed to have a belt and pleated skirt. But through mainly happy accidents, my version ended up like so… 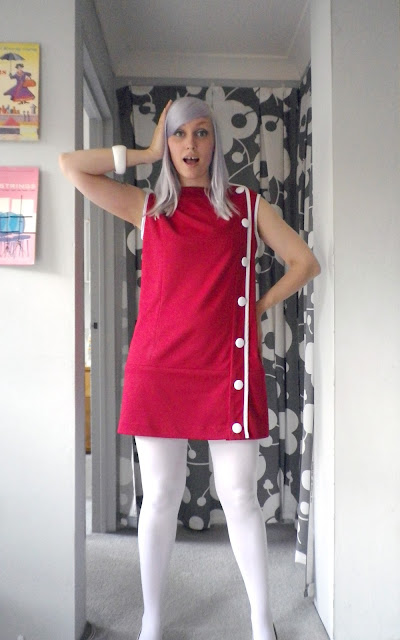 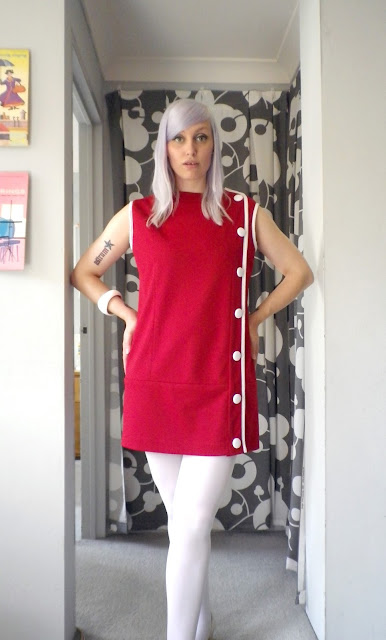 The instructions don’t give you a pattern piece for the skirt, so I just measured out a piece as it said. Maybe I was supposed to double it or something because the skirt just ended up a plain skirt without the pleats. I decided I liked the straight skirt as a pleated skirt could become the victim of a gust of wind and show everyone that which they are not supposed to see! 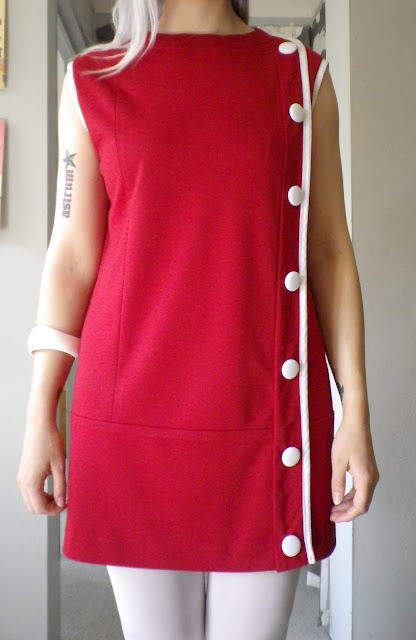 I did actually make the belt, but it didn’t sit as nicely as I’d hoped and the only buckle I could find was quite heavy and just made the fabric sag down at the front so I took it off. 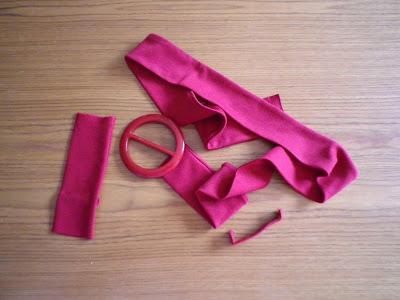 I think I’d rather it in this minimalist version – just the red and white without the fussy decorations. 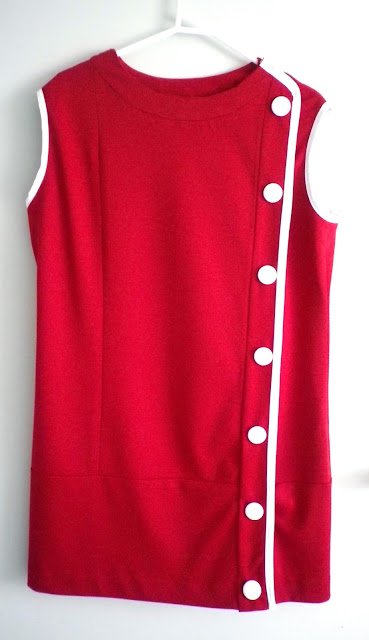 The fabric I used was a Ponte de Roma – a stable double knit which is light enough for summer and wrinkle resistant. I added white bias to the arms and left-hand closure. 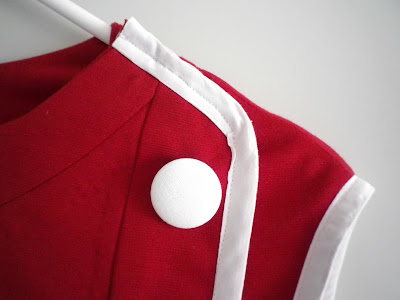 The dress is actually a wraparound dress – and closes at the left shoulder, kind of like a dentists jacket. I used a few different sized press studs to close the dress. The while buttons are purely decorative but pop against the red 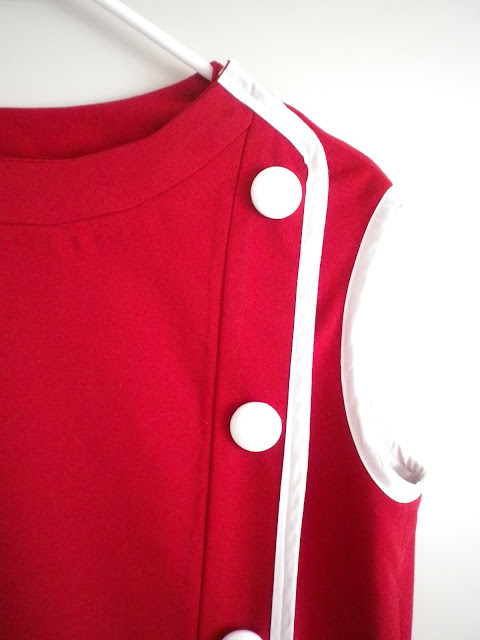 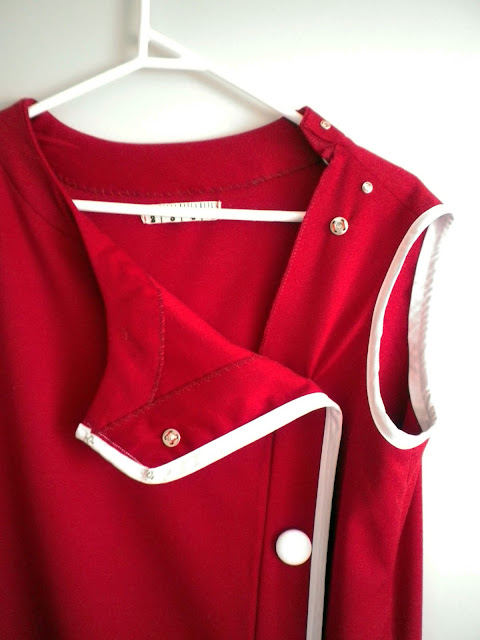 And because I couldn’t help myself, this dress just calls for some abstract model poses don’t you think? 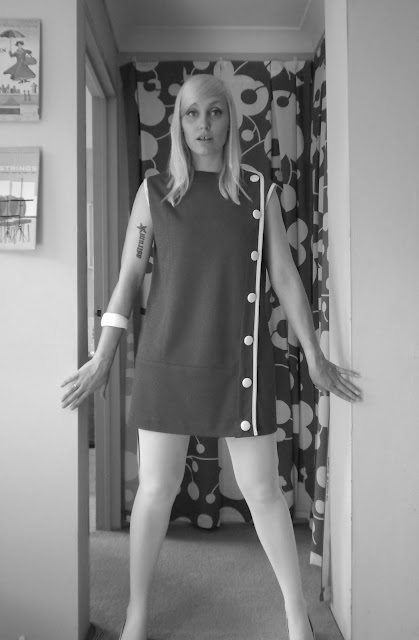 Thanks for taking a look dears!