I honestly thought I wouldn’t like this dress once it was complete. I liked the fabric, but it had a kind of cliché 60s feel to it with the daisies and bright green and so on, but now that it’s sewn up, I’m pretty darn happy that it is so typically 60s 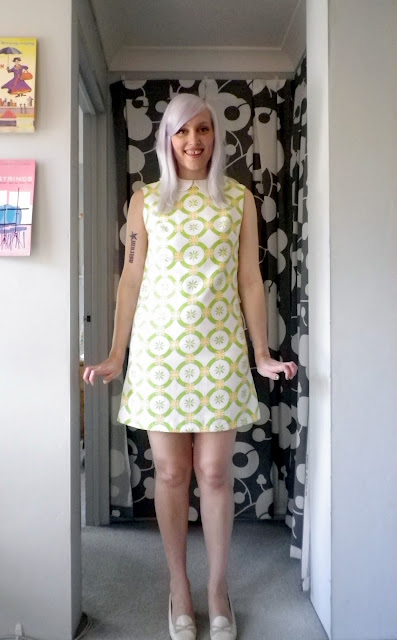 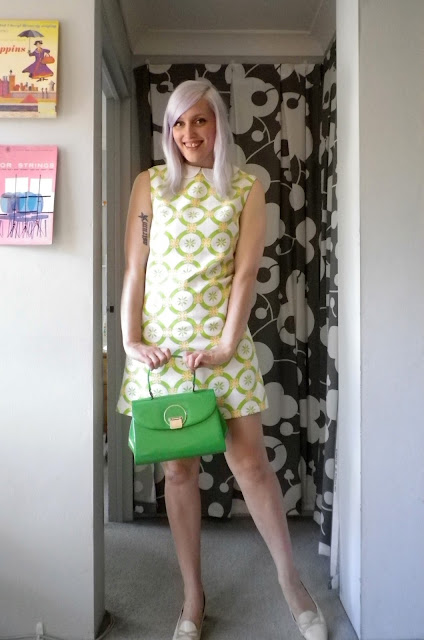 The fabric is a soft weave that may have been a curtain or table cloth. I picked it up for $4 at the opp shop down the street. I didn’t notice at the time, but the print drops out on one side, so the back of the dress has a colour error. But I’m not fussed! 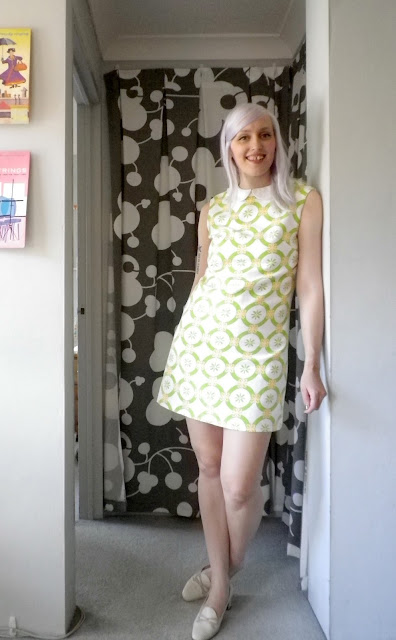 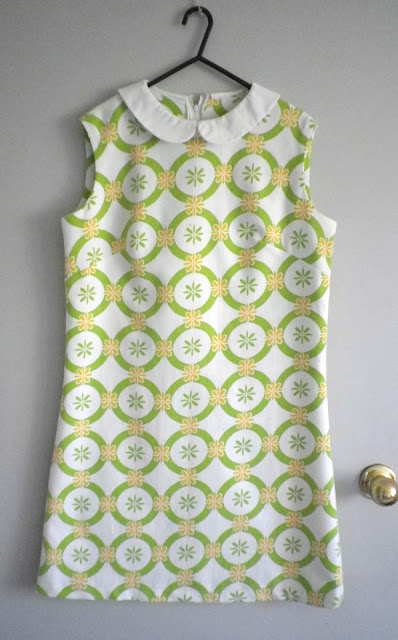 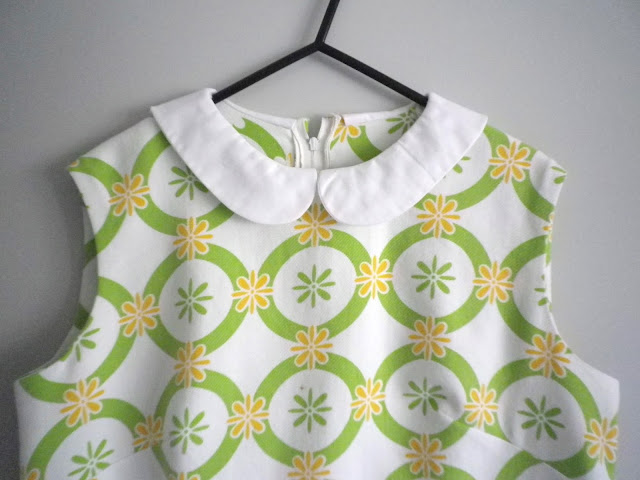 Because of my lack of faith in the fabric print, I thought why not try a different technique for the facings. It would be a good time to try it out considering the fabric was cheap. 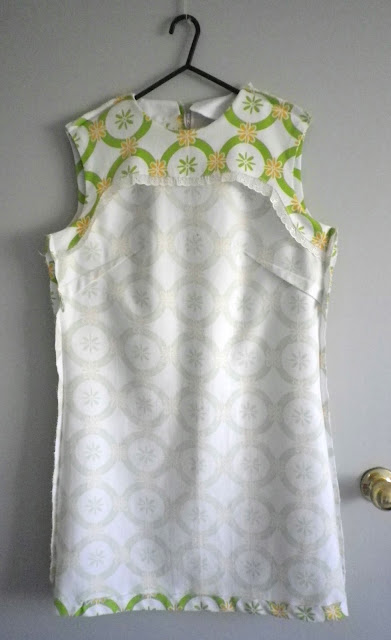 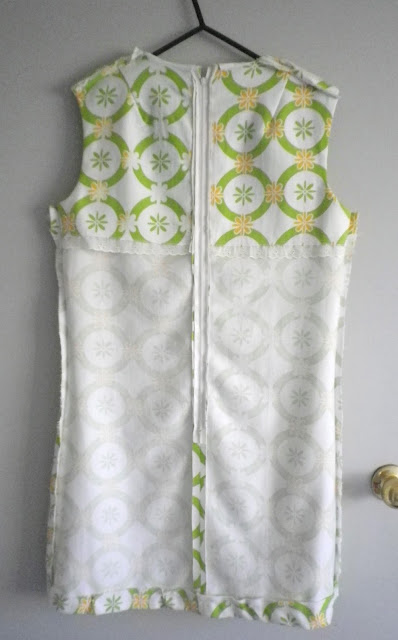 I tried to do an all in one facing where the neck and arm holes are one piece. It’s pretty easy to draft up and sew on in a normal situation, but because I wanted to add a Peter Pan collar I left the shoulder and neck open until they were ready to be sewn together. Which is why you can see the seam at the top of the shoulders and that the zipper hasn’t been closed off neatly.

Another silly mistake I make was sewing the shoulder dart on the outside of the dress. A rookie mistake, but I’m not really fussed to fix it. Only because you can’t really tell it there and cause meh… 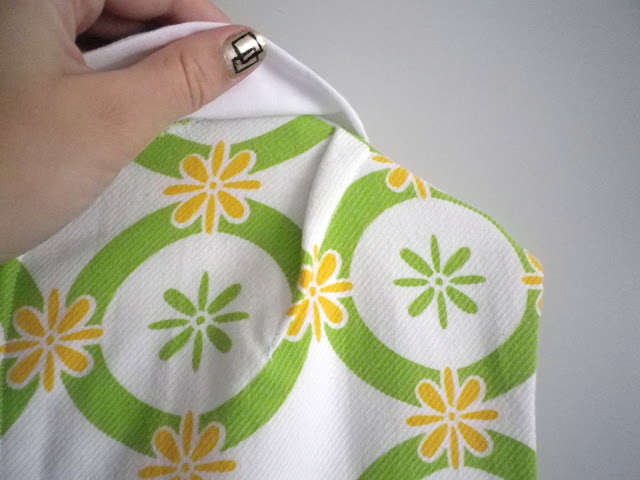 The print colours reminds me of an ice-cream on a stick we have here called a Splice. Its vanilla ice-cream in the middle, and pine-lime flavoured ice lolly on the outside. (There is even a cocktail version of this that you can make with Midori, Malibu, pineapple juice and cream) 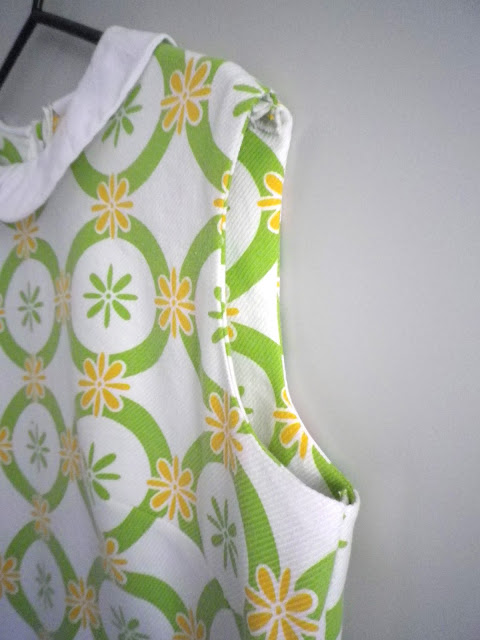