June 23, 2013 Sewingthe60s
Time to show of my Jim jams for Did you make that’s Pyjama party!
The idea of the pyjama party sew along was devised by Did you make that in celebration of Sewaholics new pattern the Tofino Pyjama pants.
I have a lot of pyjamas already – most of them miss matched so I thought this was the best time to make a set. 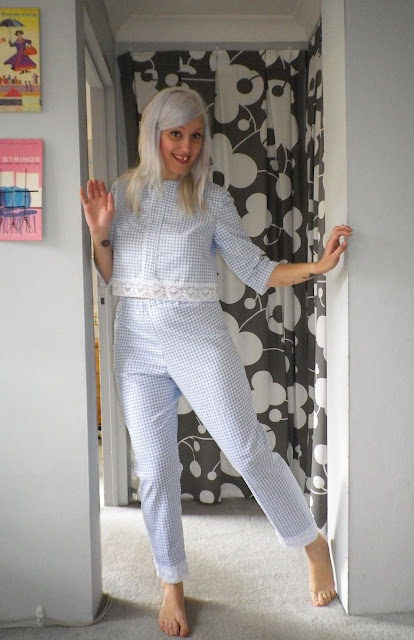 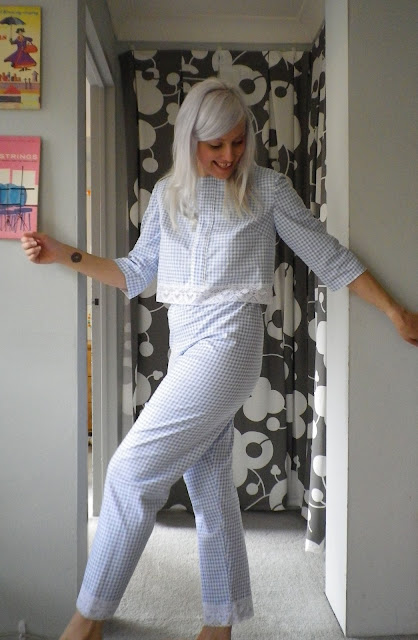 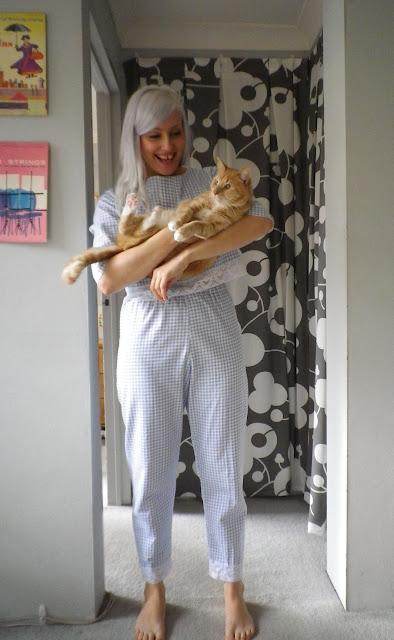 He decided he was not ready for the blog (lots of pictures of him on my Instagram though)
I found this pattern on Etsy – Weigel’s 2150. No year marked but Vintage Patterns wiki suggested it was from the 60s so into the shopping cart it went 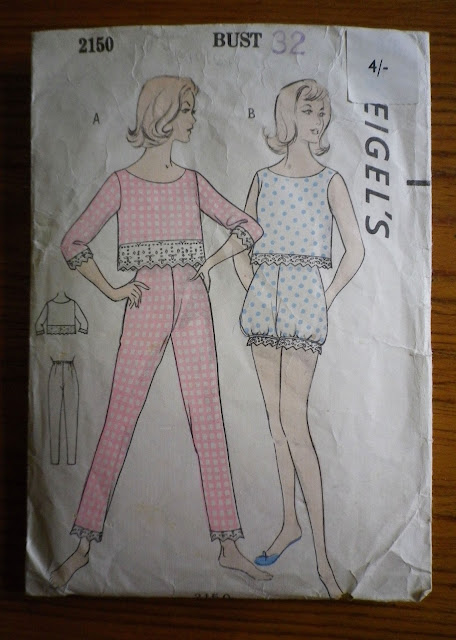 At the local fabric store, the flannelette section was full but disappointing. Lots of kitschy cartoons for winter, luckily I found some sweet blue gingham – which I decided will do nicely.
These were the first pants I have sewn in 5 years, so I made a muslin (calico/toile) first. But when I made the muslin, I decided I’ll just make shorts so as to not waste too much fabric and of course I sewed them upside down. The crotch was very bulky and I couldn’t work out why. A telephone call to my mum confirmed my suspicion. So with that part out of the way, I decided to cut into the flannelette.
When cutting I didn’t have enough fabric to put the front piece onto the fold to cut, so there ended up being a seam down the front. I took some off cuts, pleated it on either side and attached it to the front to instead make it a focal point. 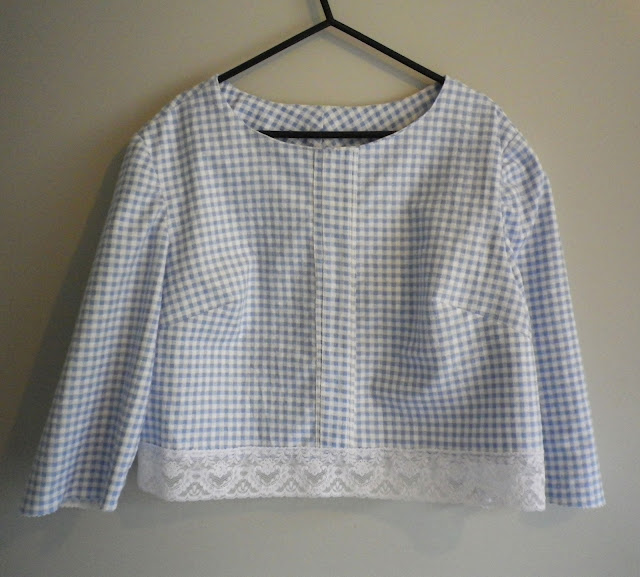 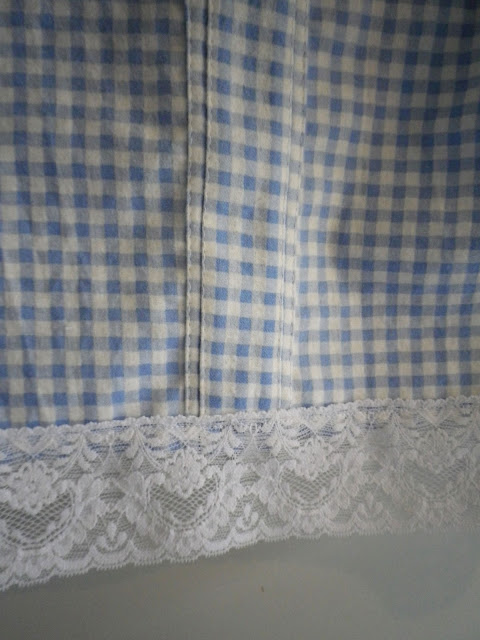 I also added some lace to the bottom edge and cuffs of the pants just like in the picture. 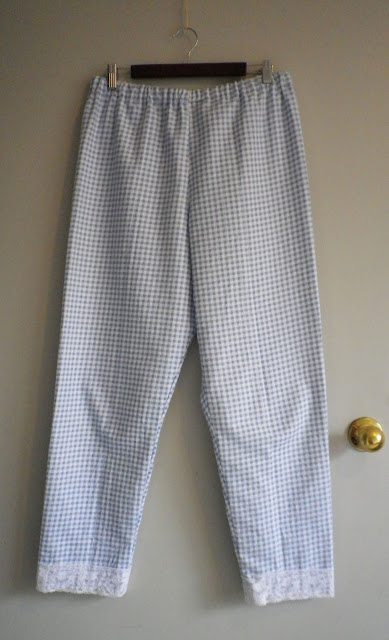 The pants worked out very well – I like the high waist as it keeps my back warm in the cold.
(And cause how many times have you woken up to find your pyjamas up near your waist anyway?)
I’m yet to wear them as I was trying to keep them neat for the photos, but im sure they will be very cosy!
Pyjamas are pretty good for new starters to sewing – not only because you’re going to only wear them at home but also because they don’t need buttons or zippers or any other tricky techniques
Did you join in the pyjama party too?
60's pajamas pyjamas
10 Comments