June 10, 2012 sew country chick
This is the first costume I completed for the play The Elephants Graveyard, which I am costuming. It takes place in 1916 and is about a group of circus performers.
This first costume is for the circus girl who rides the elephant.
1915 Circus Girl 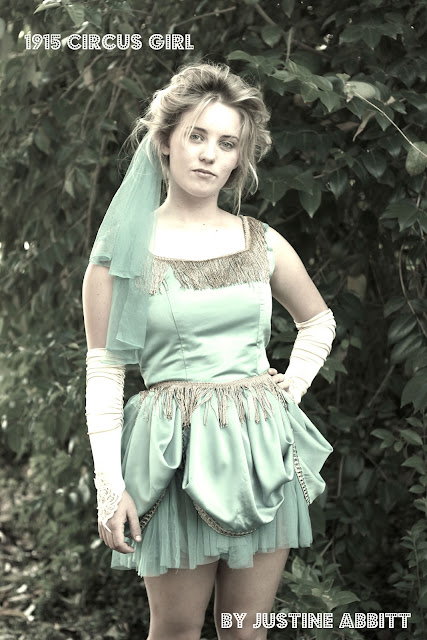 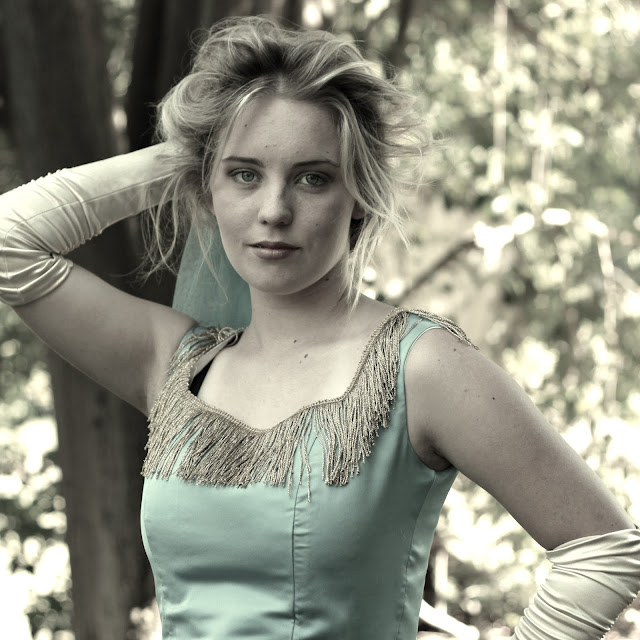 My Inspirations were these old photos below of circus girls from the era. Those short dresses must have been considered quite risque in the 1910’s when women’s skirts reached the ankles still.: 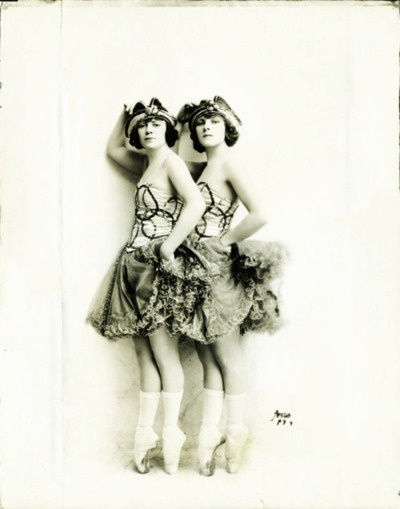 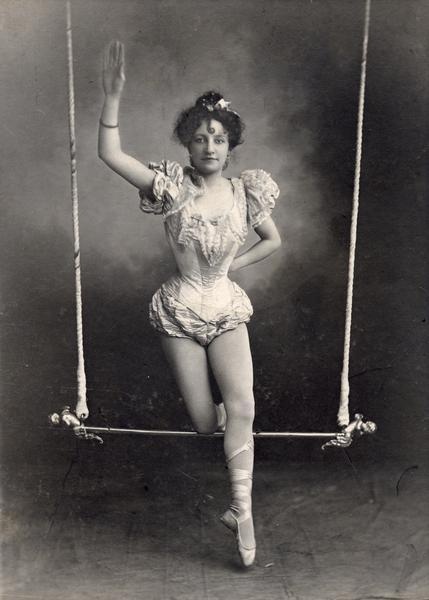 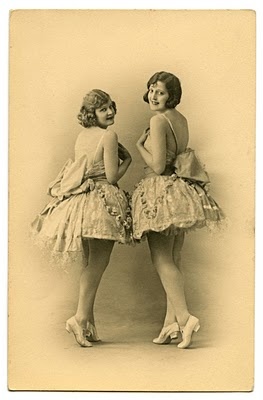 I made my outfit from some fabric I found at the FIDM Scholarship in downtown LA for a dollar a yard. Upon examining it more closely I realized it was silk charmeuse! I almost put it aside for something else that isn’t a costume, but decided to use it after all because I feel it gives the costume a more authentic feel. Synthetic fabrics didn’t yet exist in 1916.
Besides, I am hoping to impress the director so I can get more of these period pieces which I love doing!
This dress was draped on my dress form and then fitted to the actress who has the same measurements as Isabelle, my lovely model and daughter.
I wanted the feel of a bustle with the tulle peeking through  so I pulled up the skirt and stitched it. 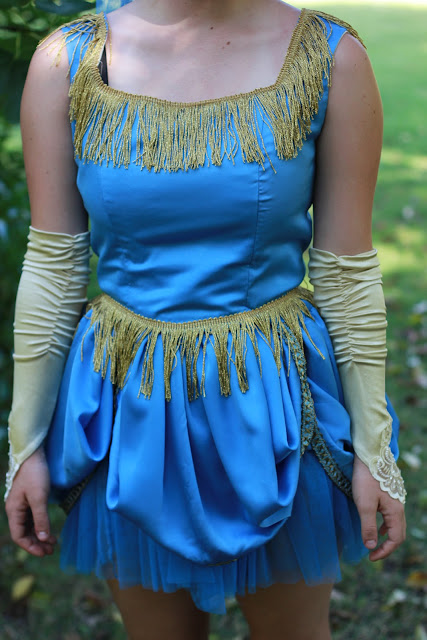 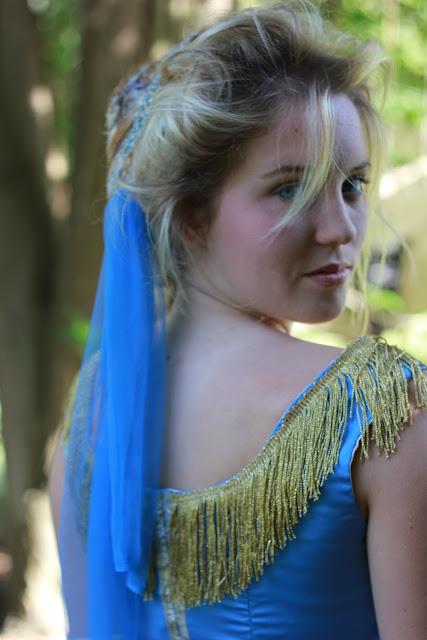 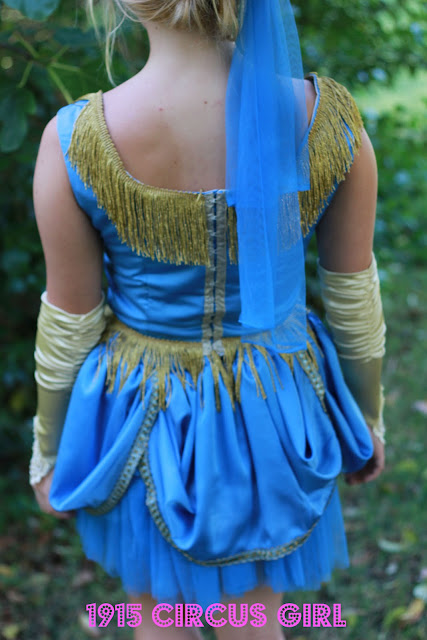 I wanted a gold hook and eye closure to match the gold trim on the dress but couldn’t find any so I painted some white hook and eye tape with gold craft paint. 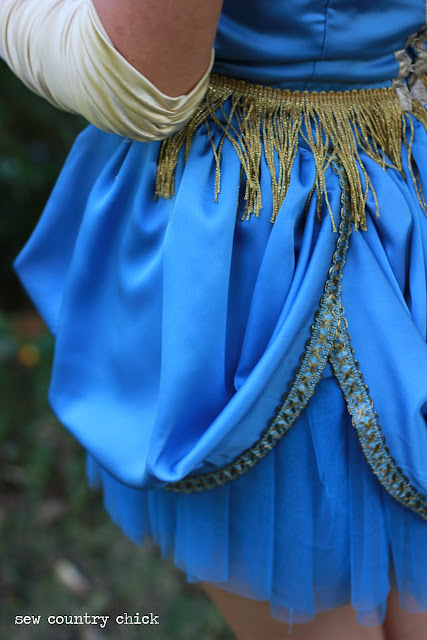 I was lucky to find the tulle in the same color as the silk at the scholarship store as well. This dress was very inexpensive to make.
The headpiece is made from pretty feathers but I didn’t get them in the shot and didn’t notice until now. I hate when that happens! 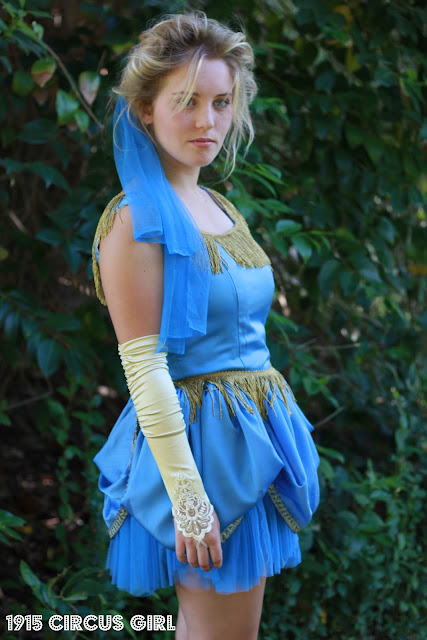 The gloves were bought in a Mexican shop. These types of gloves are worn by Mexican girls when they have their Quinceaneras. A quinceanera is a big party Mexican girls have when they turn 15. They get to dress up as colorful princesses. 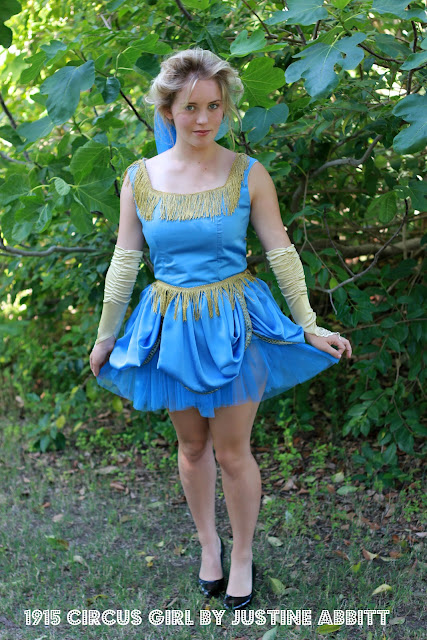 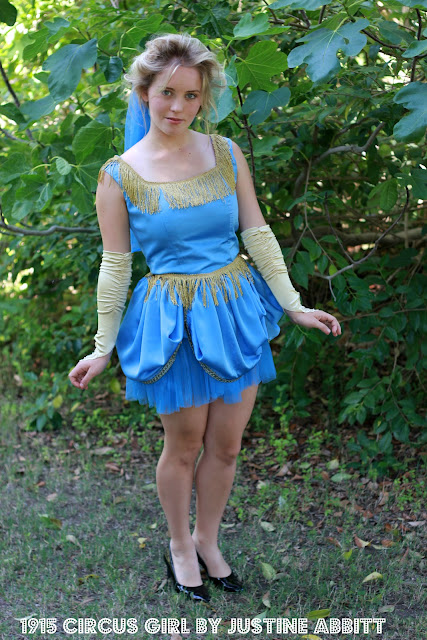 The actress will be wearing tights and ballet pointe shoes. I wish I had had some for these photos!