simplicity 2099: i’ll always have paris. in denim and leather. scored embroidered, tie-dyed denim at tissus reine in paris about two years ago while on a trip with my mom. she’s actually the one that suggested using it for this pattern, but with the sizing so small and the necessary modifications to the bodice so difficult, i needed to catch up to it, skills-wise. i tried the threads article on grading, but was completely overwhelmed by the fractions and the math. it took me 3 or 4 hours to redraft the pattern this way.

finally, this past august, i had a chance to make a moulage. i knew that this would be a great test of how the moualge could work with a commercial pattern and a possibly one-time opportunity to get this pattern properly fitted. 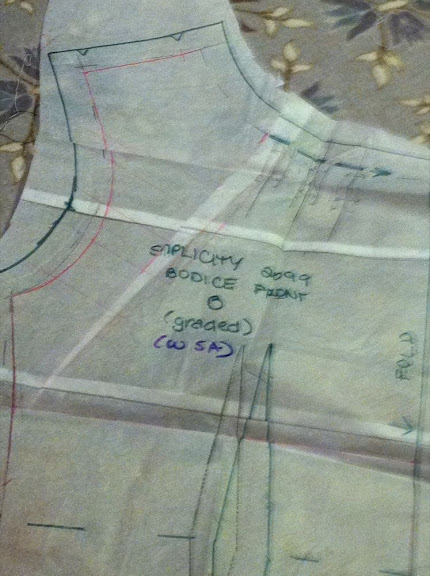 i knew that, to really play with this pattern and bring some sense of modernity to it, i wanted to use leather as the trim on those waist bands, back bustle and bow. actually, i was on the fence about the bustle, but i had enough leather to go for it. 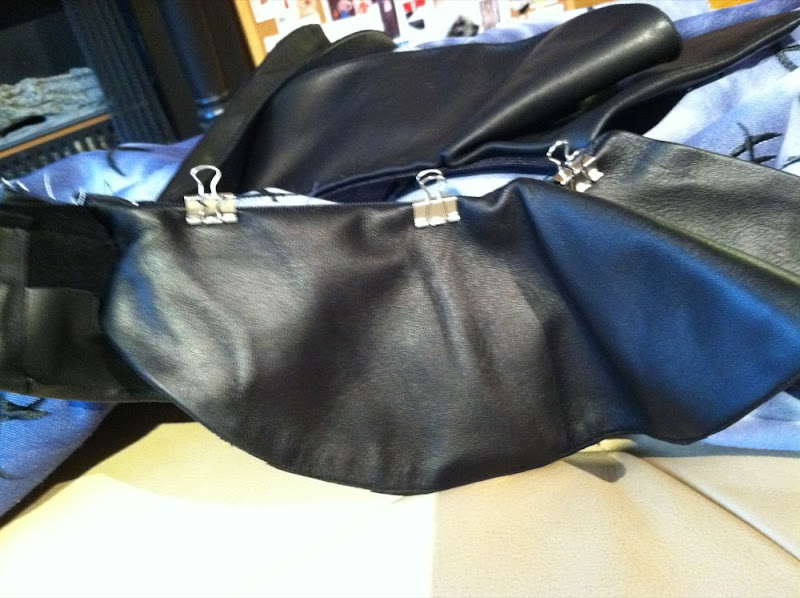 since this is a simplicity pattern, obviously the details are relatively basic.  the front bodice has gathers at the neckline instead of darts.  the back bodice has a fold-over facing.  the skirt is a simple tea-length flare, while the waist band pieces are straight pieces cut on a bodice so they can be folded over and shaped.  i (with the help of kenneth king) made a lot of changes, specifically to the skirt.  in addition to shortening the skirt, kenneth (and a little bit me) re-drafted it entirely, first creating a skirt moulage (in about 10 minutes–who even knew that was possible?).  i wanted to preserve the fullness of the back skirt, but without gathers, which i felt would be bulky and also not noticeable enough–i feared they would look more like an accident than a design detail. 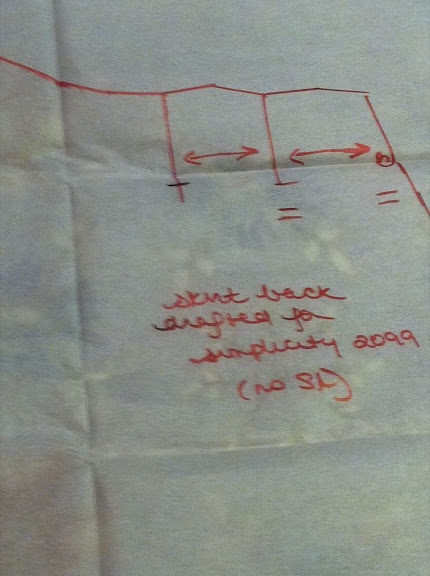 also, because i was working with leather, which does not have a bias grain, we needed to re-draw the waist band pieces. this we accomplished by tracing the line of the waist and making two bands of different widths for the same effect. 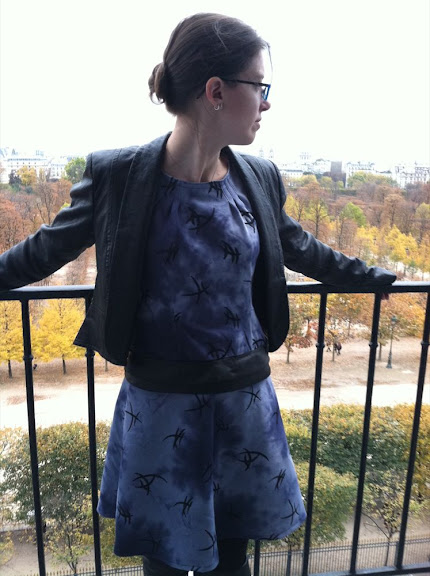