simplicity 2522: not your grandmother’s cape

sometimes in the fall you need a little drama to shake you out of your summer doldrums. that is some DRAMA.

capes have been making a comeback. bigtime. starting slowly in autumn of 2010 and growing rapidly to be in nearly every shop window as we head into fall 2011, i’m seeing them. i have capes on the brain. i’ve seen super cute ones at coach; modcloth have got several; and let’s not forget tasia’s lovely plaid cape or debi’s amazing 1930s specimen from last year.

the cape assembly is basic, with just four main pieces. the bit i’ve found to be most fiddly is the semi-complicated facing, which definitely demands more structure than the pattern calls for. i’ve reinforced it with heavy horsehair canvas. 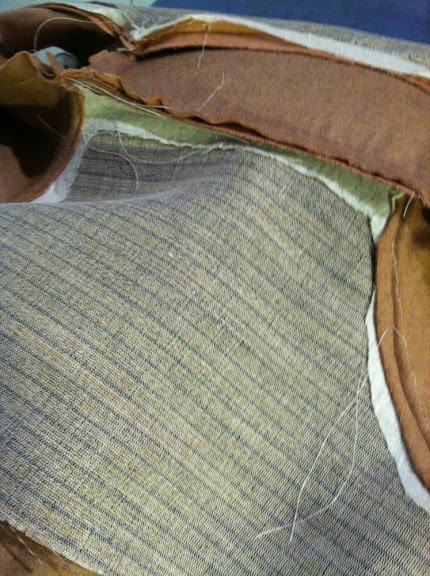 but when you press it, it’s not *actually* supposed to smell like horsehair, right?

i had originally intended the darker face to be the outside, but my flat-felled seems weren’t quite meticulous enough, even though i went totally old-school and pinned and clipped and everything. 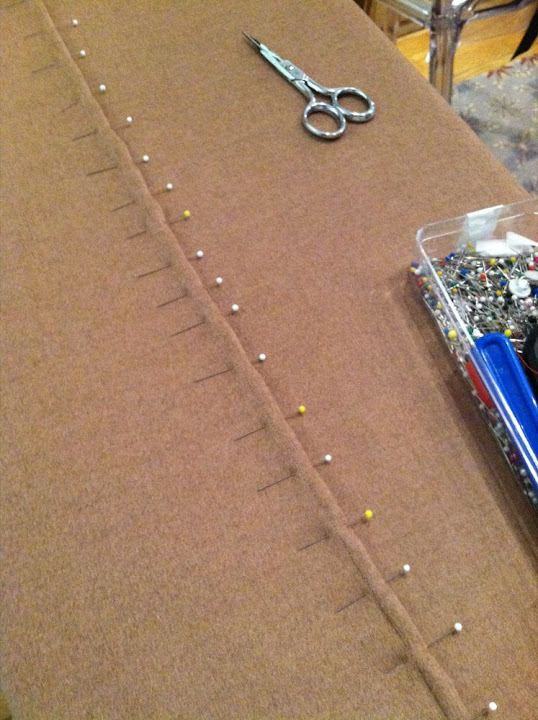 for now, it is unlined, because i wanted to finish it quickly and give it a test-run. i’m still iffy on the length, which is in that awkward no-man’s-land between “too long” and “not-long-enough.” i may shorten it. and i think those shoulder gathers really need the support of a shoulder pad. and, since i’ve found a mail-order source for lambswool interlining, i may go all out and interline it for extra warmth. 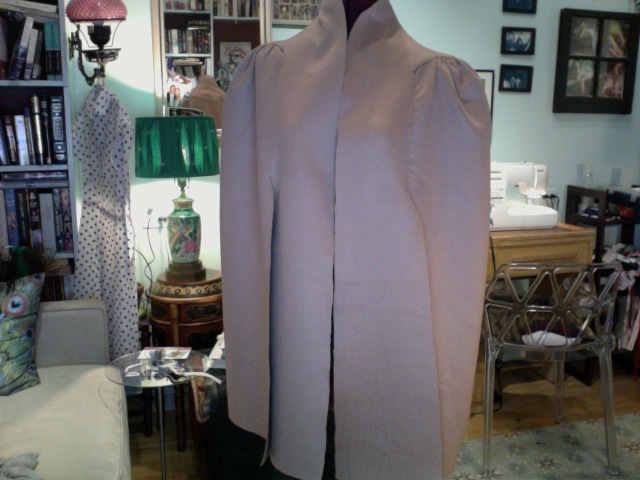 but i think that, properly accessorized, it brilliantly straddles the line between retro-inspiration and costume.

full post and finished cape at puu’s door of time.