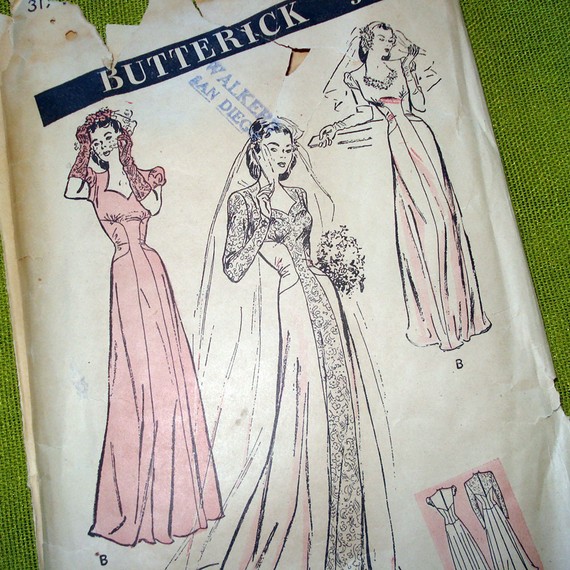 It’s been a whirlwind wedding week over at my blog sewcountrychick where I am doing a readers’ wedding dress show and tell this Sunday! I put togather a little retrospective of vintage patterns below I found on Etsy 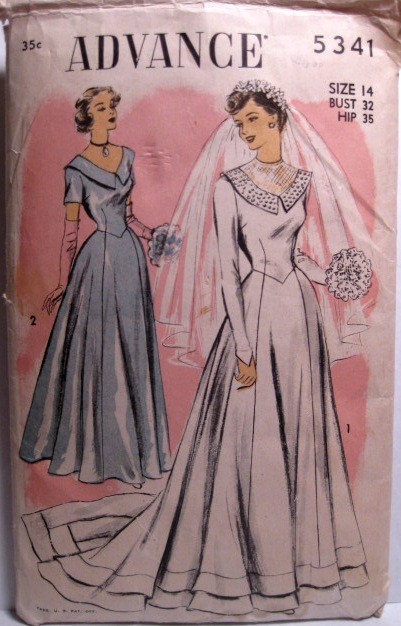 Late 40’s or very early fifties. It’s been awhile since I’ve seen long sleeves on a weding gown. Am I not the only person sick of strapless wedding dresses a la “Say Yes To The Dress?” Which is your favorite? See the rest … 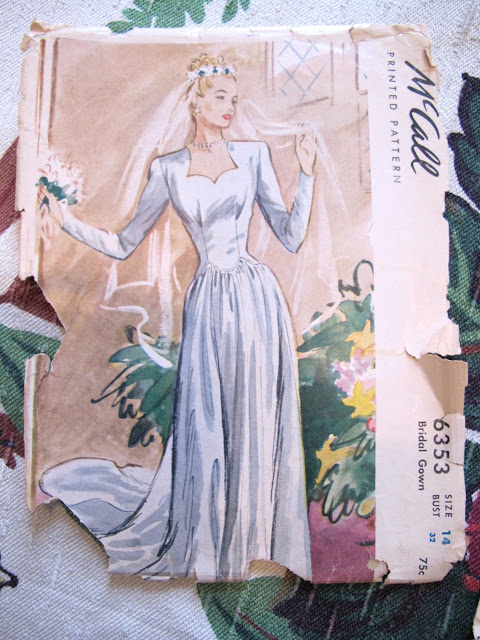 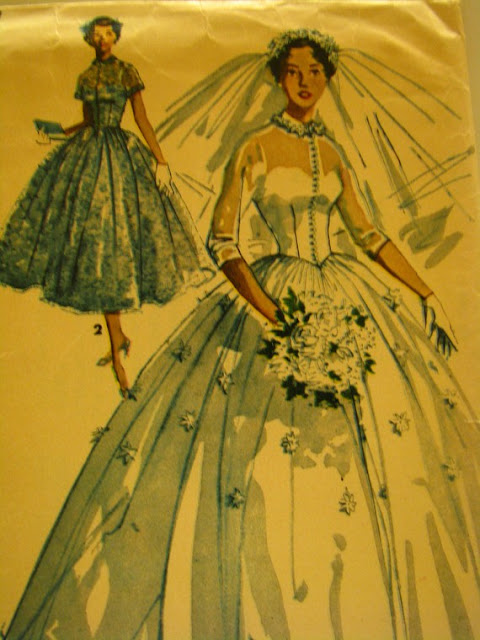 The fifties style . Notice the influence of Diors “New Look”. The war is over and it’s time to use yards of fabric again! 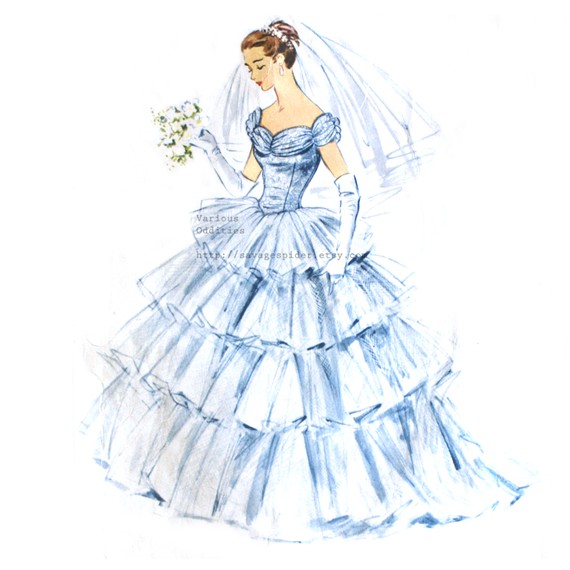 Late 50’s. This one really reminds me of something Grace Kelly would have worn. 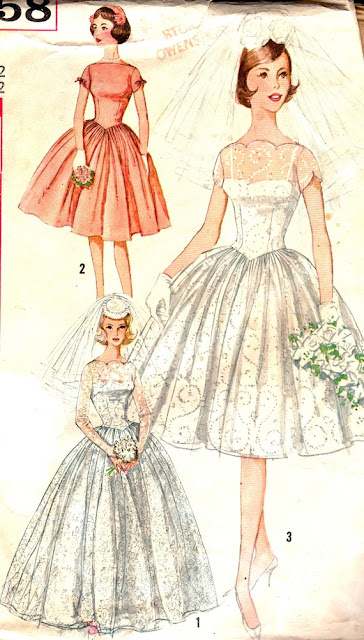 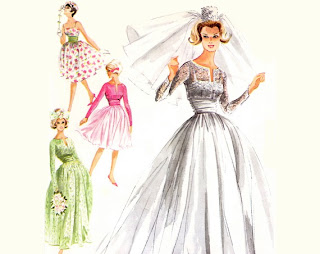 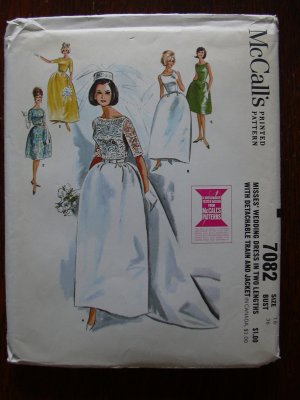 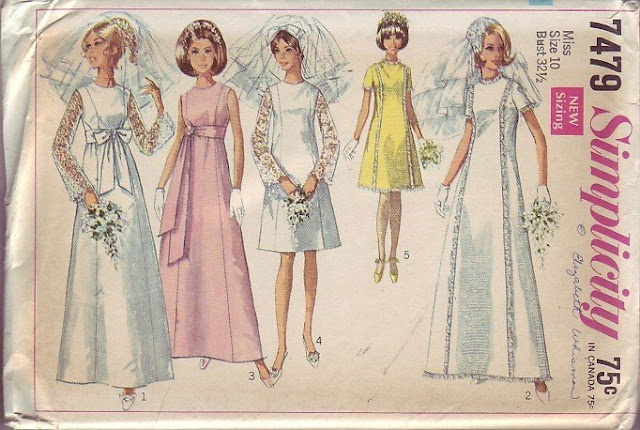 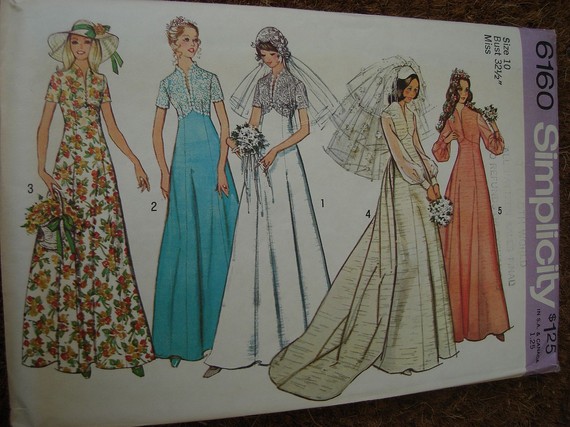 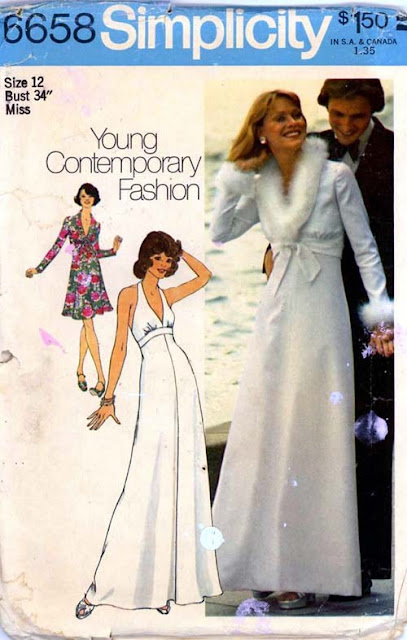 1973.This is for the newly liberated gal. The Charlie girl! 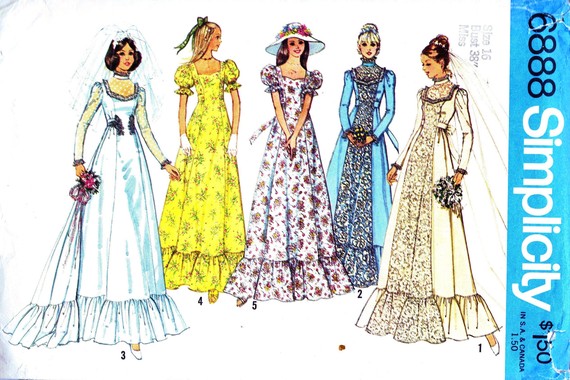 1973. As you can see the hippie bohemian influence has filtered down to the masses. 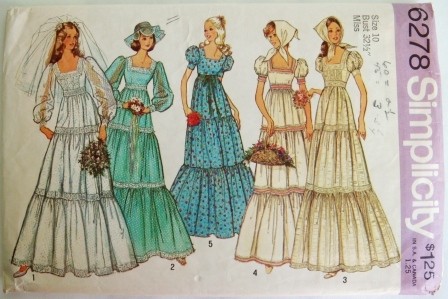 1974. Does anyone remember Holly Hobby? 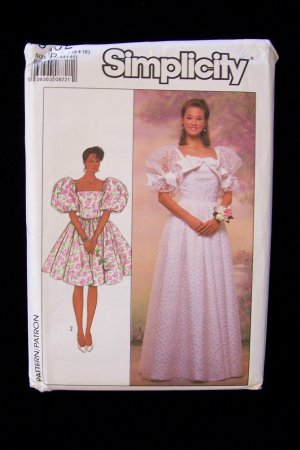 This looks more like a prom dress from the 80’s but I had to include it if only to spotlight those sleeves. 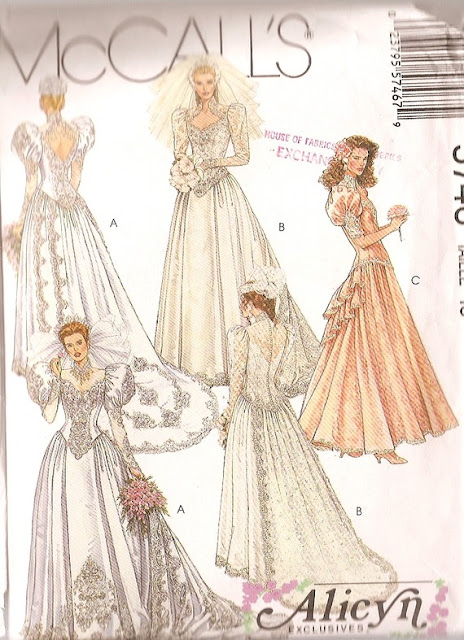 To me this is the ultimate 80’s look. Note the Brooke Shields style bushy eyebrows on the girls faces! Leg of Mutton sleeves anyone? 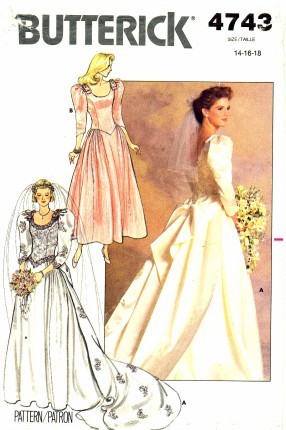 Is there anyone on Sew Retro who specializes in making 80’s remakes? I’d love to see that.
13 Comments