July 29, 2010 Archive from Blogger
Hey everybody! So just as I’ve noticed when most of you have joined, I have decided to join into Sew Retro after being a stalker on this blog for a few months now.   I’ve just started sewing this past january and have just recently started takling sewing patterns!! So as an intro, I wanted to show you the first dress I made which is a 1960s reprint from Simplicity. 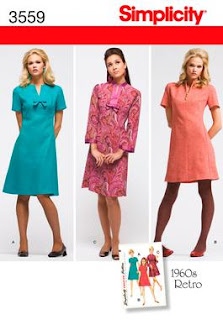 Now you’ll see that I’ve decided to do view one, but I opted to take off the sleeves.  At the time I made the dress, about 3 weeks ago now, it had been between 30C and 39C steaming hot for the past other 3 weeks.  So I wanted something light.  I used a printed linen which I really like (except for the fact that it has to be ironed everytime I want to wear it!!)  I also used interfacing for the first time which gave great results!! Anyhow, here are a few pictures of the dress! 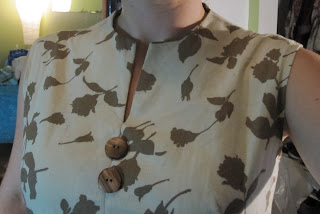 You can get a bit more info on it on my blog.  Also, please excuse me if I sometimes use weird english expressions….I am originally a francophone!
Cheers!
M
5 Comments