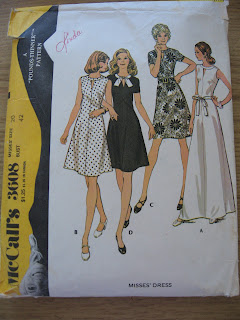 This pattern is from 1973, a year after I was born! I really liked the simplicity of it with an added bit of interest around the neckline. 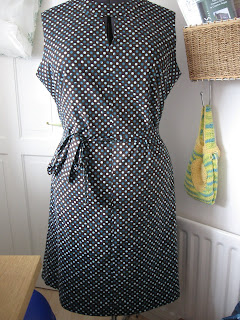 The fabric I’ve had for ages from the fabric shop I used to frequent where I used to live. It’s a heavier cotton so it holds it’s shape nicely and you can’t beat polka dots! 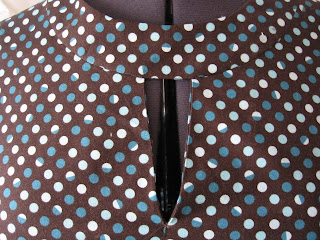 Close-up of the neckline, not at all hard to do but it looks really nice I think! I was going to make the version with short sleeves but I wasn’t sure how it would look. When I pinned the sleeves on to take a look I decided that it looked more modern without them so I cut the armhole facings from the sleeves and made this version instead. 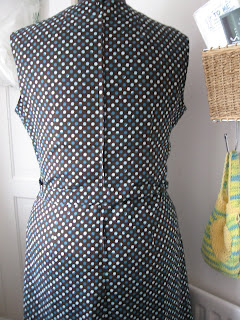 I hadn’t put a zip in for a really long time so I was a little worried about doing one this long. I actually bought an invisible zip which is amazing for me as they’re so expensive. The zip is centred but the stitching isn’t, however, as the thread matches the fabric really well you can’t see it that much and there was no way I was unpicking it!

I took 2 inches off the length of the dress using the ‘shorten here’ lines and it came out knee length which is what I was going for. I have made quite a few things lately with belts for some reason, I think this one adds to the dress and makes it a little less plain (if that print could be plain!).