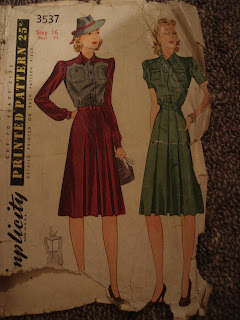 Ok now im going to get serious about this vintage sewing business.

And to prove it i just spent a small fortune on 12 patterns from Ebay, yes, Ebay AMERICA..
This is a big deal for us kiwis!
I really got a sense of what it must have been like in the 40’s for the kiwi girl, lusting after those jaunty American styles but being stuck with our boring old Academy patterns here on this little island in the back of beyond.
So i decided to break out and import some fancy stuff.
I felt like i had brought over some never been seen before breed of animal when I opened the packet. Even the pattern covers were shinier, the writing a nicer font, the colours..yes colours on the pattern.
So now i sit, decision made about which one to do first.
It wasnt difficult, this is the quintessential 40’s pattern for me, simple lines stylish but functional.
I am going to do this one carefully and with love. Im not going to rush in, im going to make a rough one first, to do the proper fitting and im going to enjoy each part.
This is the material i am using. 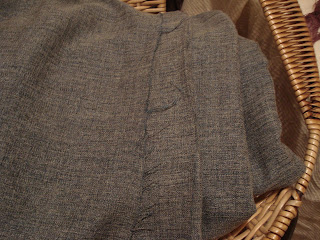 So as i carefully unwrapped her pieces you can imagine my joy when I discovered I could date her. The previous owner, 70 years ago had cut out pieces from a newspaper. Luckily she did because one of the pieces was half missing and now I can retrieve it. 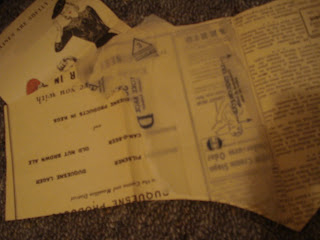 The date is December 1941, Canton, Ohio. There was an article about Hedy Lamar and a disturbing amount of adverts for rat killer. 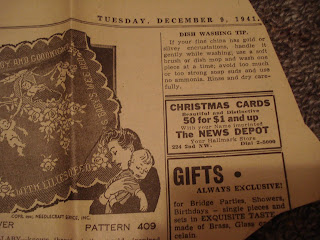 I cant believe that all going well I am going to own a dress from 1941.
I just have to figure out how to add 2 inches at the waist whilst keeping the bust and hips the same. Any tips?
9 Comments