It all starts with the foundation.

May 17, 2010 Archive from Blogger
I posted this on my blog today I thought some of you over here at Sew Vintage might find it useful.

We all make these lovely vintage dresses with glorious fabrics and details. We sweat into our dresses, work for hours on that one sleeve, cry a little when that seam just isn’t going our way, and sometimes after all that the garment just doesn’t look right. And it sucks. A lot. But here’s a solution that you may not have thought of. Does your garment experience any of these problems?

-Does your vintage dress look a little rumpled and puffs out where it’s not supposed to (particularly on the torso)?
-Having trouble getting that boxy 1920s look?
-Does the fabric pucker or droop around the bust?
-Getting some rolls and muffin tops where you don’t want them?

If you’re not wearing the proper foundation, that just might be your problem! As I’ve said before and I’ll say it again, the first step to a great (not to mention authentic) vintage look is the foundation.

So here’s a very very brief (haha… brief) introduction to undergarments and more specifically shape. I borrowed almost all the undergarment images from Lara Corsets. You have got to check her out. She does some amazing work and has a fabulous collection of vintage corsets dating back to the 1700s. It’s very cool.
Let’s start with the 1910s. I know not many vintage fashionistas have vintage styled garments going back this far in time, but it’s always nice to see the progression of style. I’ve tried to place a relevant pattern under each image of unmentionables so you can see how the undergarment determines the shape of the dress and not the other way around.

This shape is achieved with corseting. Steel bones were most common until the beginning of world war I.. You can see that the corset is used to shape the body into a very unnatural shape. The hips are flattened, making the silhouette quite top heavy. The butt is also reduced giving the whole shape an off-balance forward leaning look. I would guess it was not easy to sit down in this type of undergarment. I’ve never worn one myself, but from wearing other long line corsets I’ll just go ahead and say sitting was probably close to impossible and if you did manage to sit you weren’t doing so comfortably. 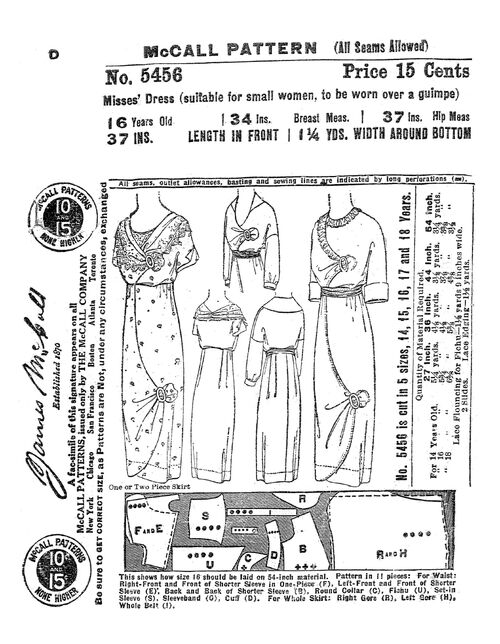 One WWI begins many women turn in their corsets to be used for metal for the war effort. The general shape of dresses and undergarments become much more natural (aka, less ridiculously smooshed). Corsets begin to shorten, hips are given a fuller shape. There’s a short period where more emphasis is given to the waist than earlier in the decade. 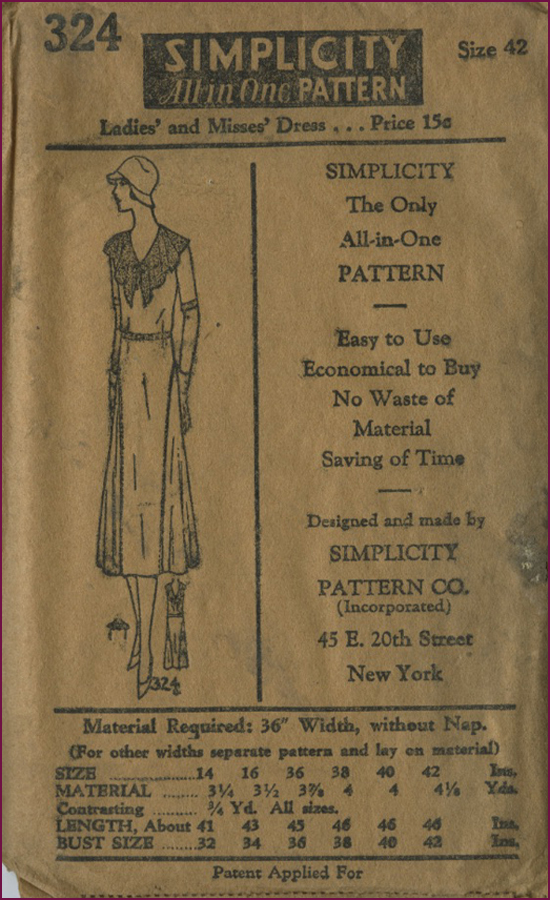 The 1920s arrive and dresses start to take on a much boxier shape. Boned corsets are thrown aside, hems are shortened, busts are bound! There’s a real emphasis on a boxy look that de-emphasizes the overly cinched waist of the past century. Unboned shapers and girdles begin to be used to flatten out the whole body and give a nice smooth straight line under the garment. This is also the time of the mainstream appearance of the brassiere (not shown here) though it was little more than a camisole and offered no support. The 1920s brassieres worked the same as shapers, mainly serving to de-emphasize the breast and flatten the chest. 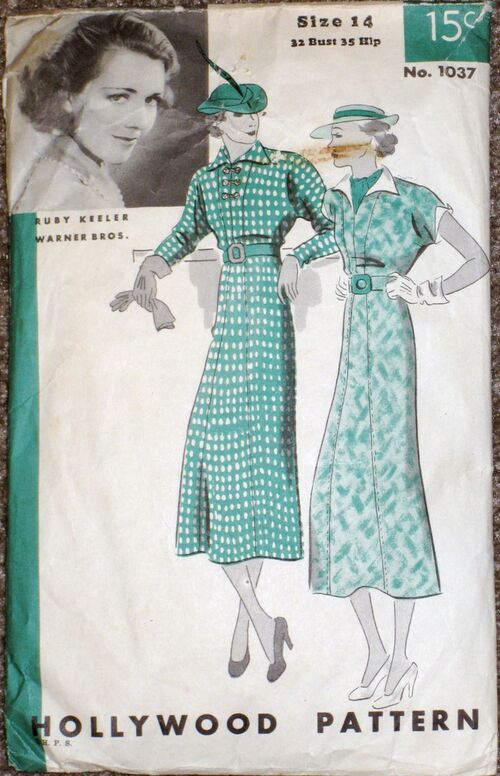 The 1930s are the dawn of the breast my friends. Woman are no longer flattening their chests and we see the introduction of cup sizes for brassieres. Breasts become more natural and curved. Brassieres are still very primitive and not very supportive. They do nothing to “push up” but rather they are used to “fill out” a woman’s chest. The shape is a bit pointy compared to our modern standards.  Hips are still constricted with shapers, but the idea is to smooth rather than to reshape. Dresses still mostly have straight lines. The stomach down is still boxy. Undergarments keep this line flat.  From what I’ve seen one piece shapers and brassiere/waist down girdle combos seem to be equally popular, but the one piece shaper definitely gives you a cleaner line. 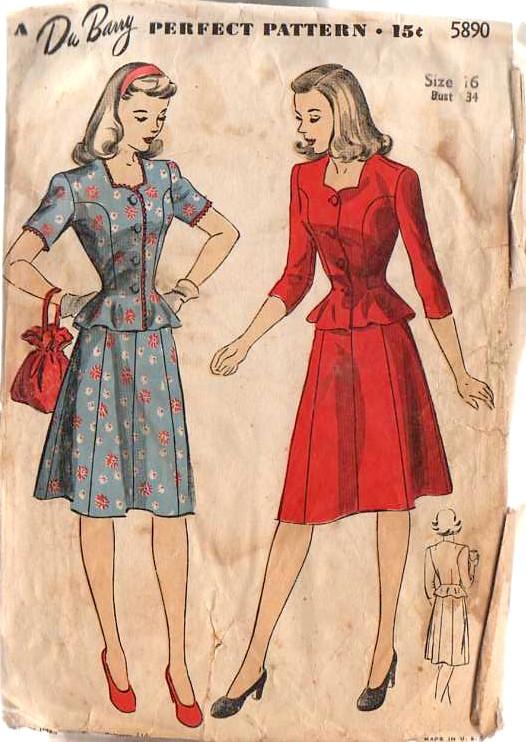 The 1940s give us better fitted bras and cups. The shape of breast becomes a little more pointy, but nothing near the bullet bra of the 1950s. In all honesty undergarments don’t change much in this period. With a war on and fabric rationing in full effect I guess there wasn’t as much room to experiment. Bra technology continues to improve, but at a slower pace than the decade before and after. Waist shapers are still used, but again mostly to smooth lines. By now the look for is natural feminine curves and a far cry from the forced shape look of 30 years prior. We really start to see more and more of the A line skirt and the idea of slimming the waist.

The 1950s gives birth to a rise top the idea of lifting the “girls” up as high as possible. The bullet bra was born. Circular stitching around the cups formed the pointed shape. Not all bras were padded bullet bras. There were many styles with more rounded cups, but almost all still had the pointed 50s shape. Women are still wearing girdles and shapers. This is in a continued effort to smooth lines. However the overall shape of the 50s is all about curves. Curvy hips, well lifted bust, and a tiny waist. Va-va-voom. The bigger the better. 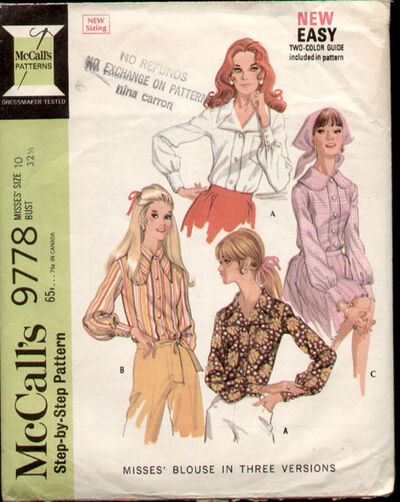 And the 1960s. Undergarments start going under some massive changes with the addition of Lycra and flexible underwire. Some bras at the time were actually coated with a layer of foam latex rubber. They held their shape well and could stand up on their own. They make for a very unique look let me tell you. As the 60s progress cups begin to soften out. The shape becomes rounder. The extremely pointed bullet bra falls out of fashion and the Girdles of the last twenty years start to disappear. They are replaced by power elastic foundation garments. Some of this is a result of the times. Bra burning comes through during the 60s and though not many women participate, the idea causes some big changes. By the end of the 1960s and early 1970s our modern undergarment shape has been mostly formed. The concept that clothing should fit the woman and not that the woman should fit in the clothing seems to be the general idea. Viva la liberte!

So if you have that dress that you made a few years back that’s been hanging in your closet because it doesn’t look quite right, try fashioning yourself some vintage unmentionables. I bet that dress is going to have a whole new look and I think you’ll be pleasantly surprised.
crossposted to $25 Vintage
8 Comments