Hi, my name is Nina

And I’m a sewing pattern addict. You’d think after having created a spreadsheet for the madness that is my collection – see? I upgraded from “stash” to “collection” – that I’d swear off buying patterns for a while. After you’ve stopped lauging at with me, I’ll proceed to tell you all about my recent finds.


As I said before, I’m an addict. I will buy patterns just to possess them. And gee, I hope I spelled that correctly. Anyhow, I have this compulsion to buy certain patterns before they are “gone forever”. Those patterns are the “retro” patterns that are re-released by the Big Three. If you thought I’d geeked out on you all with the spreadsheet, it gets *worse*. See, the Big Three have SALES at the local Mega Fabric Mart. Simplicity for 99¢? I’m on it. Butterick or McCall’s for a buck ninety nine? You bet. Vogue for $3.99? Hellzyeah. But I was having this problem of when to time my shopping for optimal pattern achievage. Until I realised that the sale dates are listed in that flyer I get bi-weekly with the lovely coupons and such. So here’s the geeky part: I put the sale dates in my Google Calendar. And then I took a “mental health day” and went to the local Mega Fabric Mart and made notes of every single pattern in the books that I might want. And I carried it home and cross-referenced it with the spreadsheet, marking off patterns I already owned. So yesterday was the beginning of the sale on Butterick. I had 12 patterns on my list. I came home with 10 of them. Not because of the 10 pattern limit, but because they didn’t HAVE two of them. GRRR. Boo… Hiss…


Here are just three of them: 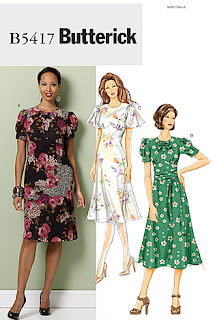 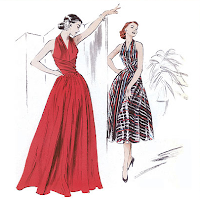 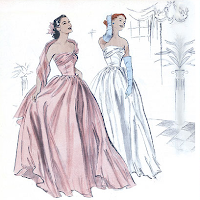 Butterick 4918
The first one is so retro in it’s sensibility, I couldn’t HELP but get it for something to actually wear. And doesn’t it remind you of my girls polka dotted dresses? I would, of course, make that one with the skirt cut on the bias. How could one not? It cries out for it. Shame on them for making the skirt with the straight of the grain. Although they *did* match the pattern pretty well.
I’ll tell you about the other batch of patterns later.
5 Comments